The Problem with Integration Tests

Much like the end to end tests, integration tests take a lot of effort to keep up to date and are often flakey and unstable. And unstable tests are worse than no tests as they train your team to ignore test results. 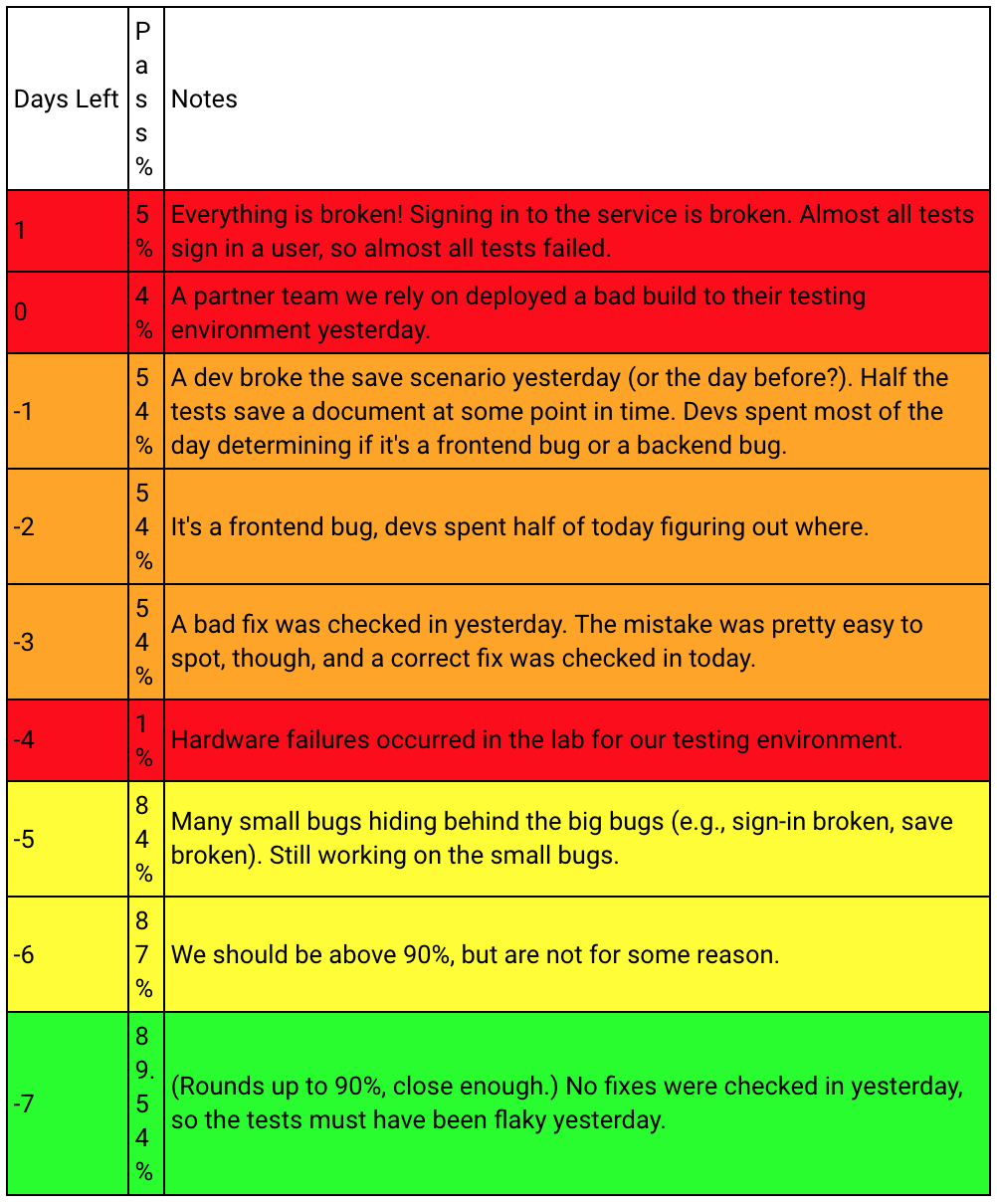 Think about when you are writing some code - one of the first design practices you might have learnt is to keep scope tight. For example, if the code in a loop needs the variable then declare it in there so the code outside of the loop cannot access that variable. That way if the code has a bug in the looping section you know that variable can only have been modified by code within the loop.

A tight scope should also apply to your tests. When your tests fail you should be able to quickly pinpoint where the failure happened quickly and start to understand why. This is why developers and QAs love unit tests as they are specific and tightly scoped when unit tests fail you typically know exactly why and how to go about developing a fix. This isn’t the case with integration tests when they fail it could be a whole host of things! Perhaps it is the first service, maybe the third? What about datastores did we mock them out? Were those mocks correct?

All that time trying to keep your integration tests up to date and fast comes at a cost. Developers or QAs will need to spend quite a lot of time keeping the tests green - in the same way, they keep the end to end tests green.

The three steps above are idealistic. Even with the best intentions providing API teams will struggle to keep consuming API teams up to date. What is needed is a way for the teams to keep themselves up to date as much as possible using inter-team interaction to talk about changes they discover themselves.

Instead of relying on teams to keep each other up to date what if the computer did most of the work. This is the problem that the Pact.io testing framework solves which makes contract testing more realistic. Pact follows an updated flow:

Pact has been implemented in many languages including .NET Core by the Pact-Net project on Github! So you can start to write pact tests on your .NET Core projects. To get started you can check their examples and if you are ready to check out my Workshop on Github.